Memories about the Teleki tér shul (3)

My “fathernal” grandpa R. Gershon ben Yechiel Arie was also a used cloth dealer (just like my Frost grandpa) and he had a well running establishment on Nepszinhaz street.

In 1944 the store was taken and my grandparents were sheltered in a safe house and in the Getto later.

On the spring of 1945 R. Gershon Hahn got his store back. One day (as he said) A Russian soldier dropped in and offered to buy a “Sefer Torah” what he “found” in an abandoned jewish shul and took for safe keeping. The “Sefer Torah” was damaged many of the pages were thorn and burned.

My grandpa negotiated the price and bought the scroll and took it to a “Torah writer” (Sofer) in the Dob street neighborhood who during the coming months continuously replaced and repaired the thorn or missing pages (what was not easy since every page started of this Torah scroll with the letter “vav”!!). He nicely dressed the scroll up in a Torah dress (embroidered with his, my dads and my names) and put the “Kosher Sefer Torah” to the “Aron Hakodesh” in the Teleki tér Shul where it served the community for about five years.

When my father decided to do Aliyah (in 1950) my grandpa gave him the Torah, saying it should be on the Holy Land…

My beloved and late father kept safe the Torah in the Bilu shul of Tel-Aviv for 30 years where he used to pray. In his last will he left the torah for me and I placed it in our church the Ramat Gan.

How to close a circle?

The head of our church (Gabbai) took care of that our Michael read from that Torah which his great grandpa R. Gershon bought and which finally trough the generations got to our shul!

THE CIRCLE HAS BEEN CLOSED!

Hereby I attach the pictures of the five generations: 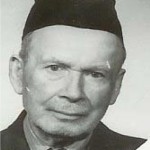 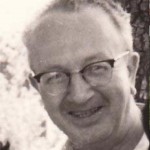 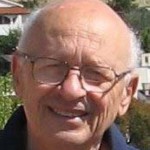 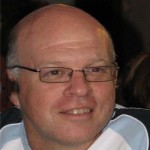 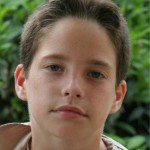